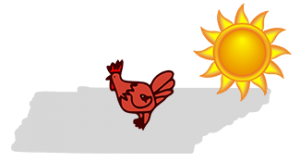 In my last post, the idea of a working definition of a meat and three restaurant was discussed. In Middle Tennessee, where I live, “Nashville Hot Chicken” has been and is still very much a “hot” commodity. It has integrated itself into the meat-and-three world quite naturally, given that fried chicken has been a staple in the genre since its beginning.

If hot chicken was going to be “invented” anyway, at some point in time, it makes sense that Nashville was the place where it would give birth. After all, Music City does know how to capitalize on a good thing, doesn’t it? (country music, health care, meat and three, to name a few). Additionally, there is also a popular Hot Chicken Festival in Nashville to celebrate this glorious food. The “Nashville Hot Chicken” scene is known far and wide. Here’s a link to the wikipedia page that offers some more details: (https://en.wikipedia.org/wiki/Hot_chicken)

A Question of Classification

In the latest revision of this website, the idea of categorizing the different types of meat-and-threes again reared its head. It’s a messy venture, but I thought it would help viewers in the long run. While debating the various classifications, I finally settled on ten specific groups, where any individual “meat and three” could be listed in one or more categories (more on those categories in future posts).

Obviously, “Hot Chicken” made the cut, partly due to its popularity here in my home town, but also due to the growth of the classification in other parts of the country. Nashville is a tourist town, after all, and our brand of hot chicken is a popular “souvenir” that has been figuratively, if not literally, taken home to all parts of the country.

Things get a little jumbled up when you add the term “meat and two” into the “meat and three” mix. Both terms are often used interchangeably. While a particular restaurant, diner or cafe may be called a “meat and three” by its owner and most of its patrons, you will find that many of those same establishments only serve a “meat and two” as their staple offering. The food is exactly the same, so it made sense to include those restaurants on the site as long as the other variables lined up.

Yes, it’s a judgment call on my part … the buck stops here.

Some folks maintain that buffets, which serve the same food, should be included. Well, in some cases, there are restaurants on the site which do serve a buffet. However, they are only included if they also serve, on their menu, a “meat and two” and/or “meat and three” meal.

That’s all I’ll say on this topic for now, but we may revisit it in the future.

Back to Hot Chicken

As you visit “Hot Chicken” restaurants, you will notice that many of them serve a “meat and two”; hence, the prior discussion.

That alone might not have brought them into the “meat and three” fold, but there is one other factor that swayed my decision. In Franklin, TN, south of Nashville, there is a “meat and three” called Bishop’s Meat & 3. I’ve been there several times although, ironically, I have not had their hot chicken yet.

Bishop’s is not the originator of the “hot chicken” concept — Prince’s Hot Chicken would typically be given that honor for the modern era. However, I don’t consider Prince’s to be a “meat and three” or “meat and two” for the purposes of meatandthree.com.

Bishop’s created another restaurant concept that many, if not most, of the people familiar with “hot chicken” would have heard of — Hattie B’s Hot Chicken. Yep, you guessed it … Hattie B’s serves two sides with their plate meals.

In short, that’s why “Hot Chicken” is “on the menu” of categories on MEATandTHREE.com. 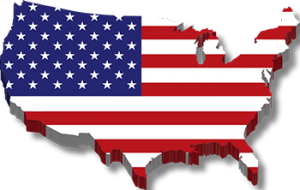 Per the Wikipedia article referenced above, “Nashville Hot Chicken” has grown across the country and even expanded to other countries (Australia, for example). While the following is not an exhaustive list, here are a few examples I’ve found that serve “Nashville Hot Chicken” in the “meat and two/meat and three” format (updated 9/20/17). I have a funny feeling that I’ve missed some, so I will update the list as I discover ones I have overlooked or new ones that have opened.

I hope you have found this information to be interesting. “Nashville Hot Chicken” is a dynamic and popular resource in the foodie scene of Nashville and the United States.